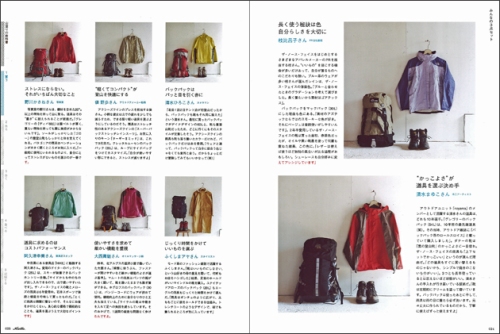 I don’t exactly recall I how found this magazine, but I like it. After a little digging (a post on Ridge) I found out that it’s aimed at a female audience, that much is unclear from these spreads though. From what I can tell it seems a little less fashion driven than other Japanese outdoor magazines like Go Out but not by much. The major difference between Hütte, German for cabin, and Go Out seems to be that Hütte is less mountain street style and more mountain style on the mountain. Either way, the photography is very nice- that’s Kasane Nogawa on the cover issue 3 pictured at the top. Perhaps the writing is good too, but I can’t read Japanese. See some more sample spreads here.

Filed under gear, japan, outside, photography

One response to “Hütte Magazine”